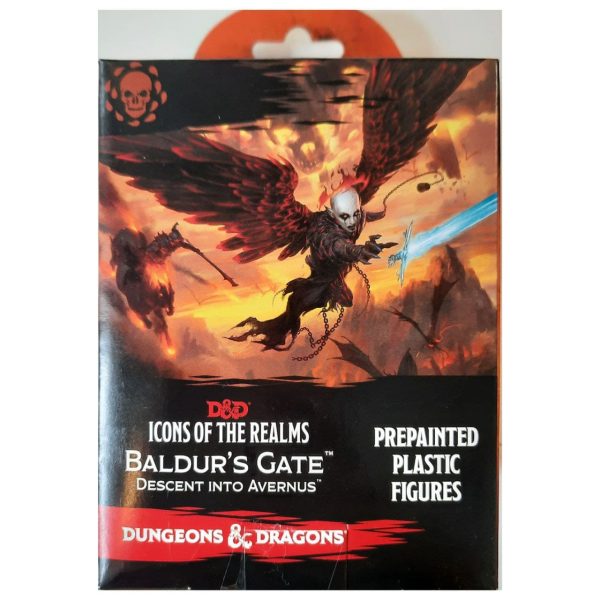 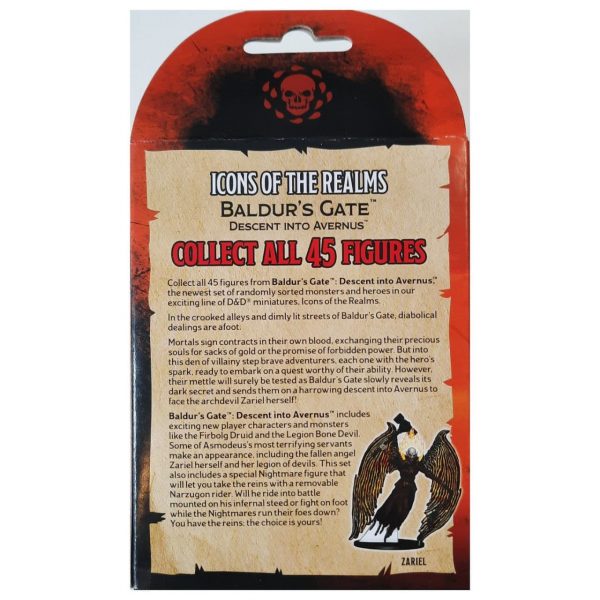 In the crooked alleys and dimly lit streets of Baldur’s Gate, diabolical dealings are afoot!

Mortals sign contracts in their own blood, exchanging their precious souls for sacks of gold or the promise of forbidden power. But into this den of villainy step barve adventurers, each one with the hero’s spark, ready to embark on a quest worthy of their ability. However, their mettle will surely be tested as Baldur’s Gate slowly reveals its dark secret and sends them on a harrowing descent into Avernus to face the archdevil Zariel herself!

Baldur’s Gate: Descent into Avernus includes exciting new player characters and monsters like Firbolg Druid and the Legion Bone Devil. Some of Asmodeus’ most terrifying servants make an appearance, including the fallen angel Zariel herself and her legion of devils. This set also includes a special Nightmare figure that will let you take the reins with a removable Narzugon rider. Will he ride into battle mounted on hin infernal steed or fight on foot while the Nightmares run their foes down? You have the reins; the choice is yours!