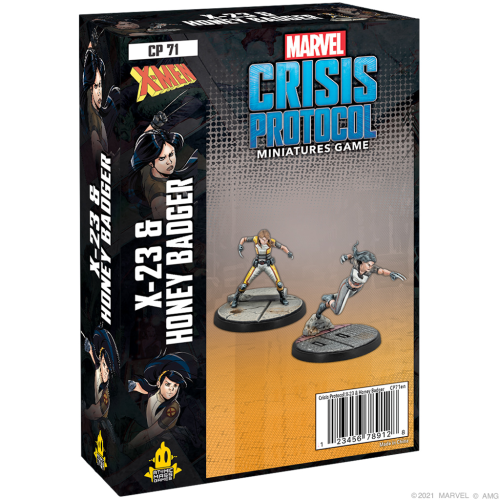 She was born to be a living weapon and had minimal human contact to enhance her savage and killer instincts. X-23 is a peerless fighter and assassin with all the mutant abilities of Wolverine, including a superhuman ability to heal from any injury, lightning-fast reflexes, and retractable adamantium-coated claws in her hands and feet. Alchemax Genetics created Gabrielle Kinney from the building blocks of X-23’s genetic makeup. She was trained by Alchemax to serve as a bodyguard and elite fighter who possessed the same regenerative ability as Laura Kinney and Wolverine, as well as retractable bone claws. Her creators further enhanced her to be impervious to pain through an Alchemax nanite therapy, a painful process that shortened the lifespan of its subjects. She ultimately broke free from her cruel makers in Alchemax with the aid of her rebellious sisters and assumed the identity of Honey Badger as a member of the X-Men.