A Song of Ice and Fire: Dragons Hoard – Englisch 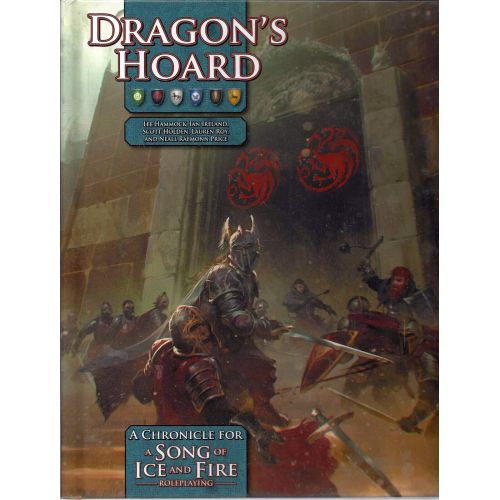 Kategorie: A Song of Ice and Fire

Even years after the fall of House Targaryen, their legacy is not forgotten. When a band of ruffians bound for the Wall seek shelter for the night, one of them reveals a secret that sparks a quest across Westeros and even the Narrow Sea to Braavos, seeking the clues to reveal the location of untold riches: part of the Targaryen treasury, spirited away in the final days of Robert’s Rebellion But our heroes are not the only ones seeking the lost dragon’s hoard, and their rivals will stop at nothing to beat them to it and claim it for themselves. In the end will it be riches…or ruin? Dragon’s Hoard is an epic adventure for A Song of Ice and Fire Roleplaying able to fuel your chronicle for months of game play.