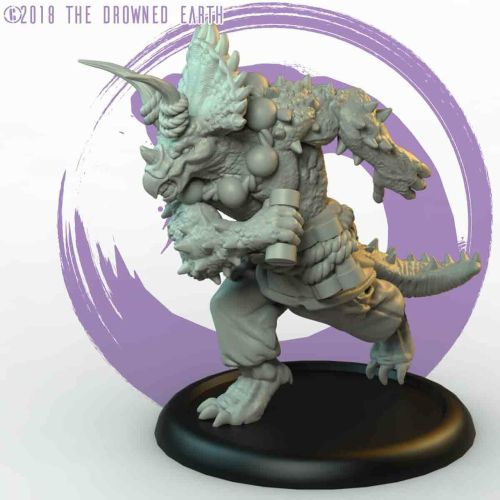 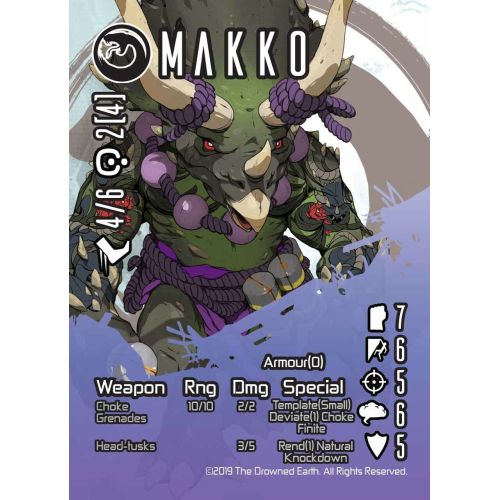 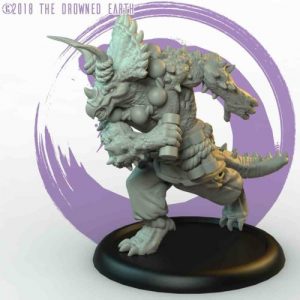 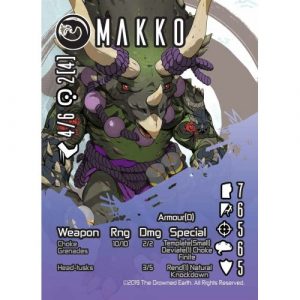 Chasmids are reasonably uncommon in The Drowned Earth, but where they are found, usually they are employed as thugs, guards and enforcers. Makko grew up in The Firm, son of a famous Prize Fighter and Bodyguard, and his profession as Firm Enforcer was never in doubt. Capable of whatever kinds of violence are asked of him by his superiors, Makko is dispassionate, even cold. He does not rise to anger, instead, viewing violence and combat with a cold, analytical eye which makes him even more frightening than if he bellowed and shouted in rage. Instead, an air of laser focus comes over him, and he demolishes his opponents with an intense aggression which is terrifying to behold. Some who have looked deep in to those eyes have said they see a gentle spirit wishing to escape a life of chaos and destruction, but nobody has ever been brave enough to reach out to him.

Makko, is a multi-part metal wargaming miniature in 35mm scale. The model is lead free, and come supplied with a 40mm base and profile card.