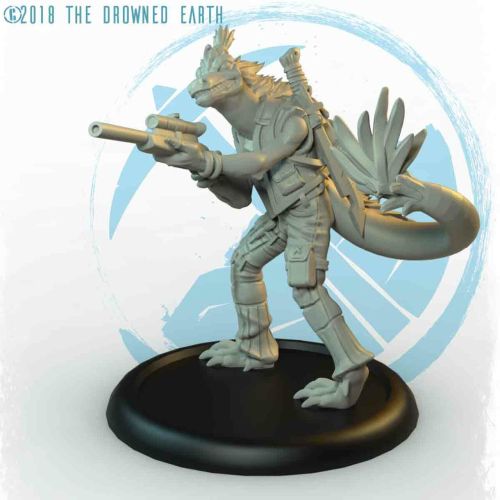 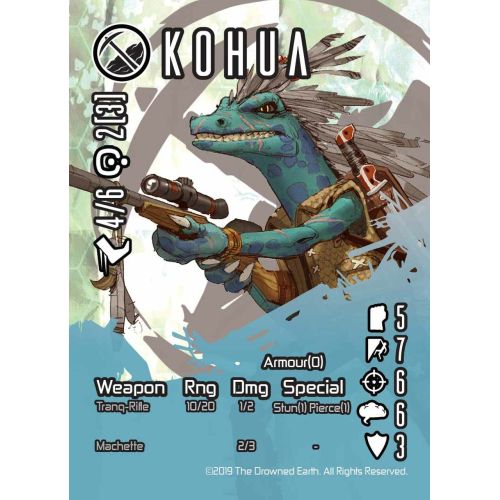 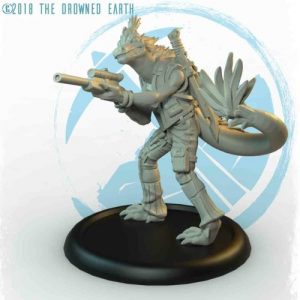 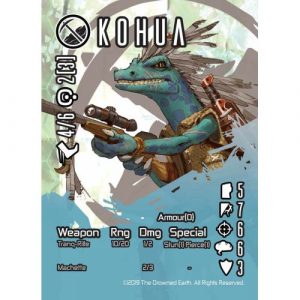 An older Sorrian hunter, Kohua is a big game hunter, in the waning years of her career. Affiliated with the Artefacters, although not quite a permanent member, Kohua comes and goes as she pleases, and in some ways is an Elder Statesman of the organisation. In that regard, she is not unlike the famed scientist Alphangus Playdge, with whom she has undertaken many adventures. She has a healthy rivalry with the other hunter of the group: Ando, of who’s methods she thoroughly disapproves!

Kohua is the lead character in the short story “Tyrannex Hunt” by Thomas Williams.

Kohua, Artefacter Hunter, is a multi-part metal wargaming miniature in 35mm scale. The model is lead free, and comes supplied with a 30mm base and profile card.