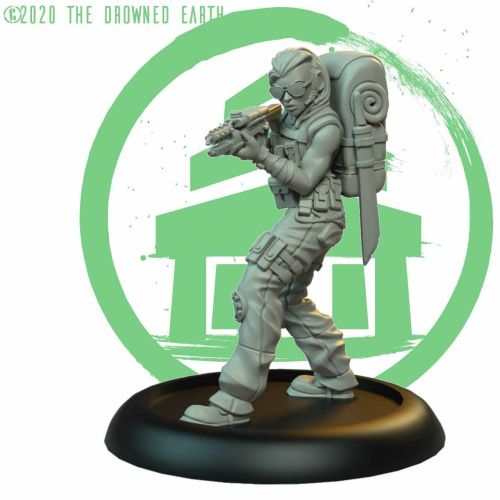 Mara: Everyone knows it: Forek is the leader of the Skyton Militia. However, he can’t be everywhere at once, and when he needs someone he can trust, Mara is his first port of call. An expert soldier, trained in the Bridge Military Academy, Mara arrived in Skyton purely at Forek’s request, having spent six years serving in the Triumvirate cooperative defence force. Her expertise is questioned by nobody, many observing that—in the field at least—Mara is every bit Forek’s equal as a commander. However, not all trust her. She isn’t helped by her abrasive, no-nonsense attitude. But there are rumours that her loyalty is the The Bridge and is placed in Skyton as a spy for that increasingly imperialistic state. Those who meet Mara are struck by her relentless determination, dedication to the job at hand, and the flicker of ghosts in her pained eyes…

An expert in guerrilla tactics and firing positions, Mara grants other Militia additional reaction effectiveness, helping control the board and shutting down enemy movement.